As far a Watts goes, my point is he can cover it all with a 4 piece kit.. Hal Blaine and Watts can do with 1 bass drum where most need 2 bass drums.. It is not how much it is how. Most times less is more..

All ya need is EARS. Posted by mrxyz on Saturday, He and the Van Halens Loved the Surfaris early roots of a wild guitar riffs and kick ass drums.. Even Wipe Out has it.. Point Panic really has it..! Do you recall a group called The Ocean Blue? They had a pretty good song called "Between Something And Nothing" in about '89 or so, and then vanished from around here, anyway. I came across their self-titled CD buried in a box and listened to it again. It really wasn't too bad Hey, mrxyz I did some snooping, and discovered there's a film coming out about The Wrecking Crew.

Looks like it could be cool Anyway, check out this attachment. I guess Denny Tedesco put it together Mrxyz, I totally respect your opinion of Mr. Watts as a great drummer. I don't have a problem with a good solid straight-up rock drum beat, I love a good solid groove and sometimes less is more. But we are talking about the best drummers and I don't think less is more applies here As I stated in an earlier post I play the drums amateur at best. I don't know if you play.

I gage a drummer by my ability to play what they do. I can play most everything Charlie Watts plays with the Rolling Stones, I don't know about his ability to play jazz. Now when I attempt to play Neil Peart's or Carl Palmer's parts I can only dream of doing some of the things they do, so naturally to me they are better drummers. So maybe my opinion is skewed because I play. If someone forms their opinion based on entertainment value thats fine. Thats why there is no absolute with these discussions so if you think Charlie Watts is the best thats cool.

Now we are getting somewhere. Harder edge, more volume and played with an attitude. Dameon agrees with the attitude and so do I. I also agree with the harder edge and more volume. Now what if we say Rock and Roll is harder edged guitar driven music that is played louder and with more attitude. Anyone else want to add to that?

I know I have. If you could create your own what would be your criteria, how would pick nominees and how would they get elected? I would love to hear everyones thought on this. Of coarse if you think that the Rock and Roll Hall of Fame is doing a great job this topic is not for you. SpaceTrucker "Well they call me the working man' Rush. Posted by Space Trucker on Saturday, Elton John and Billy Joel have made a case for the guitar not being the only instrument. Wakeman, Jon Lord and Keith Emerson also showed that heavier music did not have to have the guitar leading the way.

Chords for George McGregor & The Bronzettes - Temptation is Hard to Fight

There is also Kraftwerk on the techno side. But of course, the Electric guitar will always be the instrument of choice. Rock was always about attitude and angst. It can go political at times, but in the end, it amounts to teenage hormones that drive the sound.

But it all comes through in the song, and the true meaning of Rock comes out through the songwriter and most songs are usually written on the accoustic guitar, piano or small casio keyboard. It is in the studio where the Electric Guitar rules. Dameon, I get the keyboard Rock and Roll thing, I know there are exceptions.

But out of the thousands of rock bands there have not been that many keyboard lead bands.

Elton John and Billy Joel's hardest rocking songs were powered by guitar. I push Rock and Roll is guitar driven because I truly belive for the most part that it is, at least good Rock and Roll is. I am trying to make my case because I believe it was a huge blunder on the part of The Rock and Roll Hall of Fame to induct Madonna and Grand Master Flash that just opens the door for boy bands, rap, pop music everthing not Rock and Roll.

Rock and Roll is about the music, pure hard rocking music. Honestly though, I mean, Jethro Tull showed that even a flute could be a rock 'n' roll instrument. Yeah, guitars are a huge part of it, but really, any instrument can be a part of the fun. Posted by Philip on Saturday, No one can deny them. And any instrument can be taken and brought into the mix. Long before Kansas, Mott The Hoople used the violin in spots that were different than the usual string arrangements.


ST - as much as I am not a fan of Madonna or pure dance music, I understand the need and love for the genre. Remember, RnR was also an expression of dance back in the 50's and like all other forms of RnR, "dance" always had an audience and always will. As for Rap; again not my favorite, but it certainly has its place in the RnR Hall.

Music evolves in so many different directions and because bands started incorporating rap into Rock, you can easily see the importance of placing the early pioneers of Rap into the Hall. We will see in the future if Rap has a continuing effect on Rock and Roll. I am of your mind that I prefer straight up power chord driven Rock, but believe me, you need all forms for the continued perpetuation of the artform. The RnR Hall of Fame is named as such because that is what music of the 50's was called in its earliest form Alan Freed.

But it has grown into so much more. There are a lot of great keyboard and piano players in rock history, because they could create a mood, in my opinion. The introduction of synthesizers made it a little easier to create a mood or emotion. Tell me what that song would've been without the synthesizer. Okay Dameon, I think we just need to agree to disagree. The big corporate money machine will keep rolling along. I have to tell you though, it seems very ironic to me that I am rebelling against an entity that is trying to honor Rock and Roll music which is based on a form of rebellion.

Posted by SpaceTrucker on Sunday, And who do we have to thank for the use of the Synth? The first known RnR recording using a Synth was the Monkees at least according to several music sources. So much for them not having anything to do with the progression of RnR. I ducked out for a day or two, and did you guys ever take off here! There are so many things I want to get to, but it's impossible. Maybe later down the line some of these topics will get thrown back out there i.

He brought it up, but it's just floating out there. I'll be honest here I don't think I'd have a Hall of Fame. I'm on this site because I want some intelligent conversation regarding rock in general. 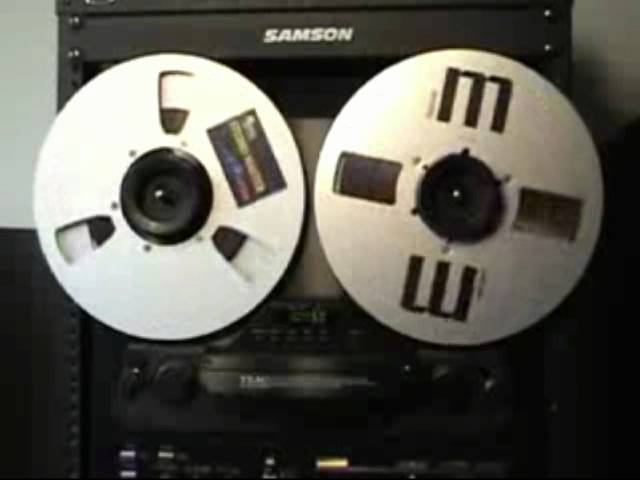 The Hall as it is now is really only a vague concern though I do enjoy the occasional arguments that break out over a particular artist - Perry, the Backstreets, Kiss, etc. A committee would be set up that would contact 12 large size clubs a year. It would all be requests from the audience. This would take place from the beginning of the new year till a week before the ceremony was to take place.

The venues for the committee-voted cover bands would change from year to year, so everyone had a chance to toss in a name. Burn that ugly IM Pey building down.